Brador is a classic Trojan backdoor program: it opens the infected machine for remote administration. Brador is 5632 bytes in size and it infects handhelds running Pocket PC.

After the backdoor is launched, it creates an svchost.exe file in the Windows autorun folder, thus maintaining full control over the system every time the handheld is turned on.

Brador then identifies the machine's IP address and sends it to the author, informing him that the handheld is in the Internet and the backdoor is active. Finally, Brador opens port 44299 and awaits further commands.

Brador is created to allow the master full control over the infected PDA via the port that the Trojan opens. Brador is programmed to upload and download files and execute a series of further commands. Like all backdoors, Brador cannot spread by itself: it can only arrive as an email attachment, be downloaded from the Internet or uploaded along with other data from a desktop.

The Trojan is thought to be the work of a Russian hacker who is trying to sell it for use by spammers or hacking groups. It affects all versions of Pocket PC.

"WinCE.Brador.a is a full-scale malicious program ready to go: unlike proof-of-concept malware, Brador has a complete set of destructive functions typical for backdoors," said Eugene Kaspersky, head of antivirus research at Kaspersky Labs, in a statement." (Source: Iain Thomson, Vnunet.com)

To date, over 97,000 people have downloaded Battery Pack Pro from PocketGear.com, so  there is not much time left until the winner will be known.  To enter the drawing the person must dowload and purchase a copy of Battery Pack Pro between August 3rd and the time of the 100,000th download. Trial downloads are not eligible for the drawing.

“ Pack Pro has been one of the leading Pocket PC applications over the last two years,”

said Andrew Haslam, CEO of Omega One, “Reaching the 100,000th download mark on PocketGear.com will be a significant achievement for us and for PocketGear.com, and we want to give something back to our customers in the form of this great new iPAQ.”

“Battery Pack Pro has been a consistent best selling application for us at PocketGear.com,” said Slawek Pruchnik, vice president, Windows Mobile Consumer Channel for PocketGear.com. ”We are pleased to support Omega One with this great opportunity for one of our premier partners.”

LDW Software, a top producer of real-time games and simulations for Palm OS devices, has ported its award-winning Plant Tycoon game to the Windows Mobile software for Pocket PCs platform. Plant Tycoon, the company's first product for Windows Mobile-based Pocket PCs, has been hailed for its real-time game play—-it continues to play even when the device is turned off—-vibrant graphics, and addictive nature of the game-play. The game was the 2003 winner of "Simulation Game of the Year" by PDArcade.

"We are excited that LDW Software has chosen to extend Plant Tycoon to take advantage of the superior multimedia features of the Windows Mobile platform," said Karen Carter, group product manager for the Mobile and Embedded Devices Division at Microsoft Corp. "LDW Software has an excellent track record of producing challenging and interactive games with vibrant graphics—a formula for success on the Windows Mobile platform."

Plant Tycoon sets players on a journey to create a virtual nursery of wildly diverse plants, cross-pollinating numerous varieties along the way to discovering the genetic codes for four magical plants. To finance the research necessary to pollinate and harvest the four magical plants, players must sell their discoveries along the way to earn the financial resources vital to acquiring special enhancements—such as exotic seeds, soil upgrades, radioactive plant food, and Insta-Grow fertilizer.

Unique among games for mobile devices is the "real-time" nature of growing a virtual plant nursery in Plant Tycoon. Unless a player pauses the game, plants will continue to grow and thrive, or whither and perhaps become bug infested—depending on how often the player monitors and nurtures the plants in the nursery.

"We are very excited to launch our first game for the Windows Mobile platform, not only introducing our games to an entirely new marketplace, but expanding our technical capabilities to develop new and exciting handheld games," said Arthur Humphrey, LDW Software's CEO. "We realize Windows Mobile-based Pocket PC users have high expectations, and Plant Tycoon is an excellent introduction to the type of games they should expect to see from us in the future. Plant Tycoon will really shine on this platform." (Source: Press Release)

In one of the highest-profile industry gatherings of the year, PhatWare Corporation received 'Best Productivity Application for Windows Mobile-based Pocket PC' honors for its PhatPad note taking application at the Handango Champion Awards in San Diego. Singled out from a field of roughly 20 nominees and several thousand possible products in its category, the application was chosen by experts at leading publications including USA Today, Network Computing, PDAStreet, Network World, PocketGoddess and others.

PhatPad for Pocket PC is available for a free 30-day trial download from the PhatWare website. The product is also available as a combo pack, which bundles PhatPad with the company's popular handwriting recognition product - CalliGrapher – at a reduced price until August 31, 2004. (Source: Press Release) 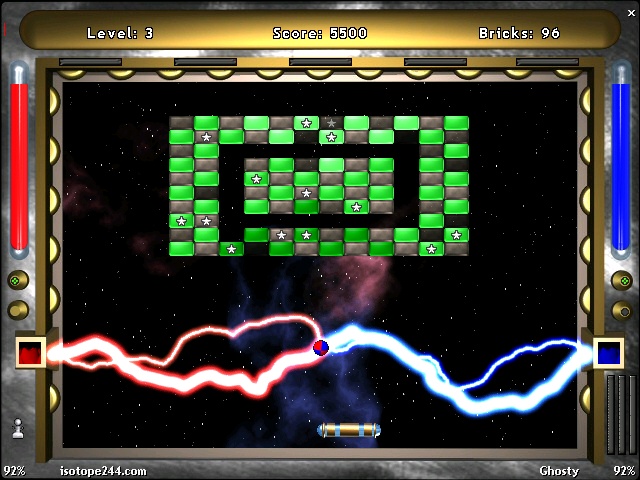 the Pocket PC.  It’s one of the first games to support VGA devices*.  The game supports seven languages, and requires an X-Scale or ARM Pocket PC and 5 MB of memory.  The beta is available from the Isotope244 Graphics website (http://www.isotope244.com).  A Windows desktop PC version is also available.  Isotope244 Graphics is well known in the Pocket PC community from its previous release of Atomic Cannon Pocket.

*** WARNING ***  The VGA version has never been tested as I don't have a VGA device.  Test it at your own risk, backup all device data before installing and running it!  Isotope244 Graphics assumes no responsibility for any damage caused to your device, read the EULA for more details before installing.  Although I have emulated testing the game at VGA resolution, specific issues with WM2003SE and device drivers may cause unforeseen issues, please report your findings through the contact or feedback page.  I am especially interested in any performance issues with the VGA version.